Guest Blog | Decolonizing Decarbonization: How do we advance equity for green buildings?

For thousands of years, indigenous peoples lived in harmony with the land. Green buildings weren’t something unusual: they were the standard.

In North America, known to indigenous peoples as Turtle Island, settlers from Europe took indigenous land and brought slaves from Africa to create wealth. Racism was written into the American constitution with the Missouri Compromise and 3/5 Compromise: Native Americans were not counted as people for the purposes of determining representation in Congress, and slaves were counted as 3/5 of a person so that the South would have more representation for people who could not vote.

OK, so you may be wondering, what does the history of colonization and slavery have to do with building decarbonization and addressing climate change? What’s the connection?

The link is that the oppression that started with slavery isn’t over, and racism didn’t end with emancipation. The legacy of slavery continued into the late 1800s and 1900s with Jim Crow laws that made segregation legal, with redlining practices, and banks refusing to loan money to Black entrepreneurs. If reparations were paid to African-American Descendants of Slavery (AADOS), estimates vary from $350K to $150M per person. Slavery continues today in the form of prison labor because slavery is allowed under the 13th Amendment as punishment for a crime. According to the ACLU, nearly 800,000 incarcerated workers have been stripped of even the most minimal protections against labor exploitation and abuse.

A Citigroup study found that racial discrimination costs the American economy $16 Trillion since 2000. That’s Trillion with a T.

So what do we do about all this inequity – historically, and in the present moment? We need to advance justice in our climate work. Racial justice and climate justice are connected.

If we want to advance equity in climate action and in building decarbonization, we need to acknowledge the distinction between equality, equity, and justice. Because of the historical and current impacts of racism, people of color face barriers that people with privilege don’t.

There is a difference between equity, equality, and justice in reality (and in sustainable infrastructure)

In the above image, you see three people trying to watch a baseball game. The reality is that the tall person can see easily, but the short person can’t. There is a big disparity. If we start from the point of view of equality, that means everyone should have equal support. However, this doesn’t acknowledge the barriers that some folks face. The short person still can’t see the game. With equity, everyone gets the support they need, so the shorter person gets more support to stand on to see over the barrier and everyone can watch the game. But even better is justice: when the obstacle is removed, everyone can see the game without support or accommodations because the cause of the inequity is removed. Justice is what we need – in building decarbonization, too.

The Midwest Building Decarbonization hosted its annual Equity Summit, following the theme of Kujichagulia (Self-Determination) on November 2-4, 2022. Recordings of conference sessions can be viewed here, and an overview of key takeaways from the conference follows:

Why focus on reducing emissions from buildings?

About 35-40% of US CO2 emissions are attributable to residential or commercial buildings, and even more so in dense urban areas. And, most (about 80%) of the buildings we will have in 2050 (when we need net zero emissions) are already built or under construction. All current projects will play into future climate targets.

Why focus on greenhouse gas emissions in the U.S. Midwest?

The share of emissions and average heating degree days are higher for the Midwest region of the U.S. than other regions (over a quarter of American CO2 emissions). The U.S. Midwest would be #5 globally between Russia and Japan among the top 10 emitters! And the #1 source of fossil fuel emissions from buildings Is heating. This is because the Midwest has a colder/longer winter which means a longer heating season. Nationally, 70% of homes get their heating from fossil fuels. In the Midwest, it’s over 90%.

Clean energy is only one piece of lowering building emissions

Why does Climate Justice in building decarbonization matter?

What I want to leave you with is the idea that these are not the only solutions. The Midwest Building Decarbonization Coalition is focused on equity and carbon elimination, not one carbon-free technology over another. People living in poor quality housing, near polluting fossil fuel industries, and have experienced the harms and hardships directly are the experts in building decarbonization. If you want to be an activist, an organizer, or make a difference, you can work on your active listening skills, show up with curiosity, and ask questions. Don’t assume that even these ideas here are the answers, because the colonial mindset of showing up with the answer is not what we want to perpetuate. If we want to decolonize our imaginations, we need to remember that the process we use matters as much as the result.

Disclaimer: The views in this article are those of the author and not of her employer.

Katharine is a Mayflower descendant who lives and works in unceded Lisjan Ohlone territory, what is now known as Oakland, Berkeley, Alameda, Piedmont, Emeryville and Albany, California. The Sogorea Te’ Land Trust is an urban Indigenous women-led land trust that is today working hard to restore traditional stewardship practices on these lands, heal from historical trauma, and facilitate the return of Indigenous land to Indigenous people. May they be successful in their work!

Stay up to date with the Coalition.

Learn about decarbonization in the Midwest, events, funding opportunities, and more. 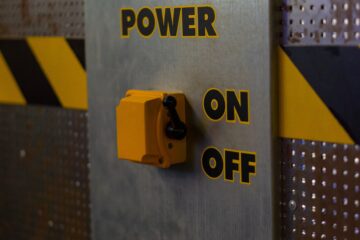 So you want to decarbonize your home?

We’ve heard from a number of Coalition members who are interested in doing their own decarbonization work at home, but don’t know where to start! We feel you. It can be hard to find the Read more… 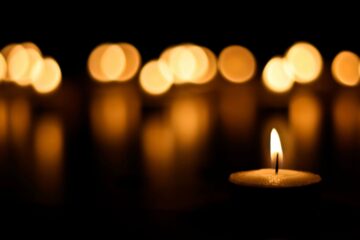 Our Coalition Mourns with Uvalde, and far too many Communities

The Midwest Building Decarbonization Coalition’s hearts and minds go out to the families and loved ones of those who have suffered loss due to Gun Violence. There has been a series of horrific tragedies that Read more… 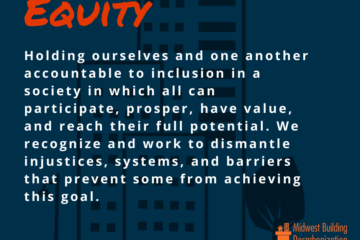 Defining Equity as the Center of our Coalition

During the April Equity Working Group meeting, Coalition members voted to adopt two definitions prepared by the Training and Education subcommittee of the Equity team: Equity and Equitable Building Decarbonization. Equity: Holding ourselves and one Read more…