Reflection | This Pride Month, I’m Dreaming of Buildings for Every Body

Buildings are for people and our bodies. And the only way to make carbon-free buildings just and equitable is to make them for every type of body.

On June 27, 1969, police raided the Stonewall Inn in New York City. Police regularly raided gay bars at the time, but that night, the patrons and community fought back. The Stonewall Riots, or the Stonewall Uprising, that followed catalyzed the modern movement for LGBTQIA+ liberation in the United States, and what we know as Pride month.

But the famous building at the historical center of Pride wasn’t just any a gay bar. It was a refuge for tired and rejected people and their bodies. It was basically a community center for homeless LGBTQIA+ youth and drag queens. For many, it was the only place they had left to go. So when this last refuge came under threat by police violence, they fought back.

Two leaders in the movement were Marsha P. Johnson and Sylvia Rivera. These trans women of color, activists, and friends are credited as some of the earliest to join the resistance of police repression at Stonewall. They also advocated for and started a shelter for homeless queer and trans youth.

This month, I’m thinking about something that may seem obvious, strange, or both: Buildings are for bodies. We build them to shelter our bodies from weather, predators, temperatures, and more. We build them to house our cooking, crafting, learning, playing, worshiping, and working.

Colonialism has limited our imagination about how much beautiful variety there is in our bodies, how we decorate them, how we perform gender with them. Industrial Capitalism values some bodies as worth more than others, based largely on what we can produce and how closely we resemble white-centered standards of beauty.

Marsha P. Johnson and Sylvia Rivera saw the policing and devaluing of people and their bodies first hand. So they rebelled when a space became unsafe. And they worked to create more safe spaces. I wonder what they would demand of us, as we work to decarbonize buildings today.

What would it look like to imagine a sustainable future that’s for every body? Not just some bodies. Every body. Transgender bodies. Black bodies. Queer bodies. Intersex bodies. Fat bodies. Disabled bodies. Sick bodies. Bodies with chronic pain.

June may be Pride Month, but I cannot separate LGBTQIA+ Pride from Disability Pride, which we celebrate in July to commemorate the anniversary of the Americans with Disabilities Act. Queer and disabled folks have many shared experiences and histories: of bodies that are unwelcome in public, of coercion and abuse by medical and psychiatric institutions, of police violence, and of devaluation by extractive economies.

When asked, more than one third of LGBTQIA+ people identify as having a disability. And in the words of Maria Town, of the American Association of People with Disabilities, “Everyone will become disabled if they’re lucky enough.“

I recently heard about an affordable housing development built to passive house standards with 4 floors and no elevator. I was inspired by the efforts to make these buildings with little to no carbon footprint and healthy indoor air.

But when I heard that the elevator was left out to save energy, I was profoundly sad. I saw a sustainable future that only has a place for some bodies. But not for our disabled, injured, elderly, fat, sick, tired, or chronically-ill bodies. I heard that there’s no room for visits from friends and loved ones with disabilities. And I heard that if the people on the second, third, or fourth floor find themselves with limited mobility, as most of us eventually will…well…their body just won’t fit in that sustainable future anymore.

I think almost every day about a quote that Marnese Jackson, our Coalition co-director, used in a previous newsletter: “The transition is inevitable. Justice is not.” -Movement Generation and the Climate Justice Alliance.

There will be clean, healthy, affordable buildings for rich, white, straight, able-bodied cisgender men. It would take a concerted effort to doom this small group of people. But what about the rest of us? Who gets a place in that sustainable future? How will we live and care for one another along the way? What would Marsha P. Johnson and Sylvia Rivera ask of us?

Let’s continue to imagine and create sustainable buildings for every body.

Thanks for reading this reflection! Want to write the next one for our July newsletter and Coalition blog? Let’s talk.

Margaret, Marnese and I want this newsletter to be useful and interesting for the whole coalition. Do you have an idea for a reflection? Maybe you want to share about a recent success in Midwestern Building Decarbonization. Maybe you’ve found one of the Jemez Principles to be especially challenging or transformative, and you want to share some lessons learned. Perhaps you’re joining us from a different profession and want to share a unique perspective. Reach out to Eric at Fowler@Fresh-Energy.org. It’s ok if your idea is only half there. We can collaborate.

Stay up to date with the Coalition.

Learn about decarbonization in the Midwest, events, funding opportunities, and more. 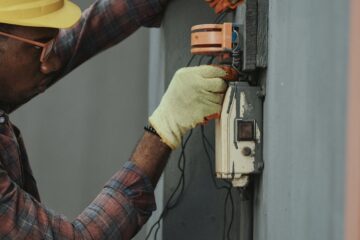 Reflection | As Gas Prices Rise, Pembroke Leaders Rise to the Challenge with Efficiency and Electrification

Pump Heat, Not Gas In the rural farming community of Pembroke, Illinois, it’s not hard to find residents paying over $500 a month, or even $700, to heat their homes with propane, fuel oil, wood, Read more… 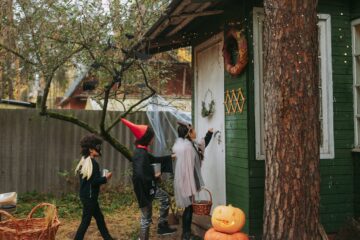 Hello Midwest Building Decarbonization Coalition, I hope October finds you well. I’ve had the pleasure of meeting many of you over the past month, but if we haven’t met yet my name is Jacob Serfling Read more… 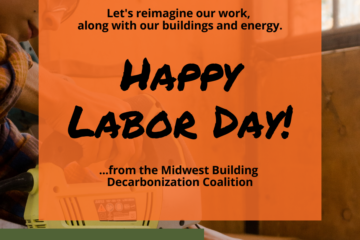 While most of the world celebrates International Workers’ Day in May, the US recognizes Labor Day in September. On Monday, September 6, we pay tribute to the American labor movement and all workers.  The Climate Read more…